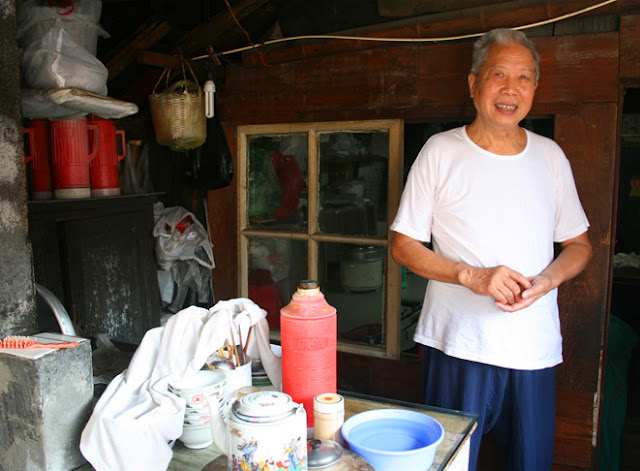 An Interview with Shanghai residents in the old city center.
Resident One:
This place I live in now is only temporary. I’m waiting for the new place. To live here is dangerous. You see how poor the roof is? The house is going to collapse. If you go next door it’s even poorer. We live upstairs, it’s dangerous. Be careful climbing the stairs. Now you see the inside, you see how poor our rooms are. You see the door? You see the desk? It can’t be worse. I went out last year when it snowed. We didn’t want to get buried, we were scared to death.
Was the house always like this?
Resident One:
Yes since 1995, and no improvement, it’s always been like this.
Resident Two:
Before the house was built there was nothing, just grass and weeds. Then there was a construction team. The leader just built a place to barely live. It’s not really a room or a house. It was built 65 years ago. My parents came here to live, they are my foster parents but I have an elder sister. So us four lived here then she got married and moved out. But other families have 6 or 7 people.
Resident One:
This room used to be for a family but now I live alone. Before I came there was a family here, but they didn’t have money so they sold it to me. We built the kitchen by ourselves, actually it’s not allowed by the government because it’s an illegal addition. The kids slept up here. There’s not so much space in the ceiling. 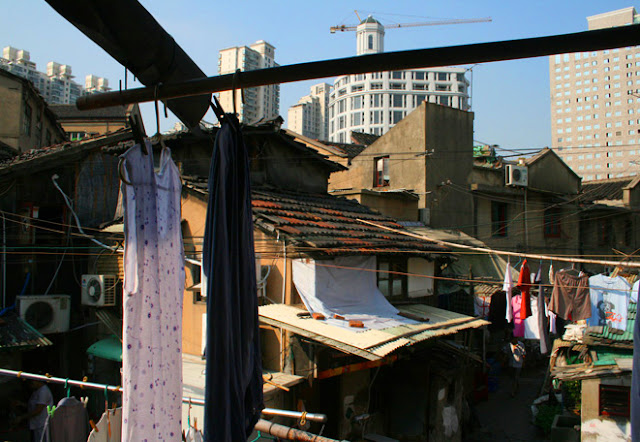 Most people living here are from Shanghai or other provinces?
Resident One:
Yes most are from Shanghai, you can rent an empty space here. It’s 360 yuan per month. Each person will get 200,000 yuan to move out of the house in the future because of the land.
Resident Two:
We will move to a new house in the countryside. It’s very inconvenient for us to travel to work and to the children’s school. It’s very far away. There’s no alternative though.
If you are rich enough you could just buy a house here, you don’t have to move. It would be 25,000 yuan per square meter to buy the house. So it’s impossible for us.
We have no way to choose. It’s the reality we can’t change it.
Resident One:
We live a frugal life here to save money.